You are here: Home1 / Media Kit 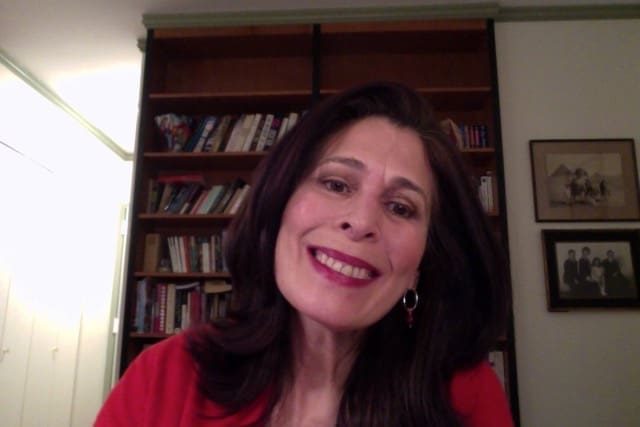 Alison Rand is a city girl: born and raised in Manhattan where she currently lives. She attended the prestigious Dalton School from the time she was 6 through high school. After Dalton, Alison attended Tulane University in New Orleans but left after two years to work as a flight attendant.

A few years later Alison studied with a senior copywriter to build a spec portfolio. She eventually landed a job as a junior copywriter for an advertising agency before she decided to study acting. In this highly competitive field, she was able to secure mostly commercial work–working towards and hoping for her “big break.”

After some time at this, Alison made a bold move to Rome, Italy, where she lived for three years pursuing her acting career and eventually becoming a member of a prestigious dubbing company, A.R.A.  (Associated Recording Artists) as a dubbing actress.  She lived in Rome having many adventures until a terrible accident forced her to return to NYC. There she resumed her academic studies and earned her Master in Social Work at Fordham University. While not working in the field at the moment, she continues to take continuing education classes to maintain her license and to keep up with the profession.

Meantime, reflecting deeply on what she really wanted to do–she asked herself, how do I re-invent myself after 50?” She decided to re-invent herself by becoming a published author!  Many people dream of writing a book or books—why would she think she had such abilities! The encouragement that made all the difference came from an octogenarian named Grace. She had formed an intense bond with Grace after her brother died, and this gave Alison the courage to begin showing Grace her writing samples. Initially these were little snippets expanding on portions of excerpts from the diary that she had been writing in every day while she had been living in Rome, many years before. To her surprise and elation Grace loved her writing and urged her to keep going. She even pushed her to delve deeper, to find the essential truths so that her audience of future readers would identify with her struggles and triumphs and all else she was trying to convey. Grace’s belief that her story was widely relatable enabled Alison to continue. To help take the book she was working on to a higher level, Alison began to take memoir-writing classes. After the writing classes ended, she met a brilliant editor with whom she continued to study and learn the craft. Eventually the developmental outlines were in place and she had a completed manuscript.

When her book, titled A Place Called Grace, was finished, published, and for sale on Amazon, many people—both friends and strangers—posted positive reviews. For her the most meaningful reviews were those that said they related so much to her story. They also said that her book gave them perspective on their own troubles and struggles, and the inspiration to also “re-invent” themselves.   Those comments allowed Alison to recognize and celebrate what she had accomplished. Alison said she had set out to help others who felt they were stuck in their lives as she had been, benefit from her journey, and perhaps find the courage to take big steps to hopefully transform their own lives to be happier, healthier and more engaged in the world.

An avid dog person, Alison’s other passion has been her beloved four-legged companions. She hopes for her six-year old poodle, Dea to soon begin training as a therapy animal with the  expectation to bring Dea to hospitals and nursing homes to offer canine comfort to those who are lonely, sad or in pain.

This is her first book.

ABOUT A PLACE CALLED GRACE: 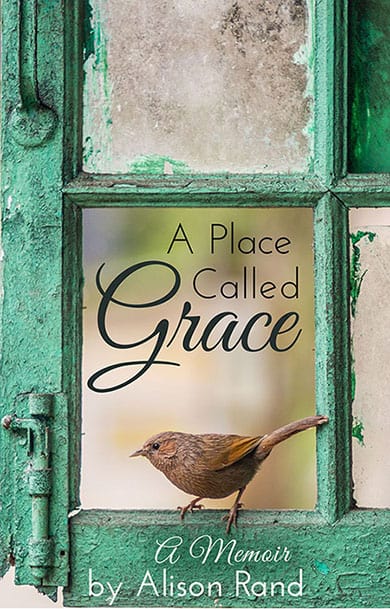 Struggling New York actress Alison has an outwardly good life: toned body, plenty of dates, a comfortable daily regimen. Still, she feels stagnant, empty, and as blocked as the river view from her Upper West Side apartment. Now divorced and in her mid-30s, she has never gotten past an early childhood trauma of being torn away from her brother and sister when her parents separated. Since then, nothing sticks. No one stays. She craves a sense of permanence, a place to call home.

To shake things up, Alison makes a bold, possibly foolhardy move – she relocates to bureaucracy-riddled Rome, where she barely speaks the language, knows no one except the elusive Casanova who gave her one vacation night of pleasure, and has no acting work waiting.

In a series of tragi-comic encounters, she tries to settle in to an exotic culture, looks for amore in all the wrong places, and begins to break into the acting world.

After a serious accident, Alison’s hopes for an Italian fantasy life come crashing down. Back in New York, the personal tragedies and career obstacles pile up until salvation arrives from an unexpected source.

A Place Called Grace is a humorous, hopeful, bittersweet contemporary memoir. It is a story of finding yourself amid the isolation and loneliness one can feel in modern-day life and shows how a seemingly unmoored existence can find its safe, solid center after all.

Marlene Meyerson JCC (Jewish Community Center) NYC:
Alison Rand was honored to be the speaker at the Boomer’s Brunch at the JCC, Manhattan talking about “Finding the ‘Chutzpah’ to live full of part-time in a foreign culture.”

The Bookmark Shoppe in NYC, was proud to host a book reading for author Alison Rand to discuss her memoir

Anglo- American Bookstore, Rome, Italy:
An International Engagement for A Place Called Grace. The popular Anglo-American Bookstore in the heart of Rome invited Alison Rand, who was returning to revisit Rome from her home base in NYC to do a book reading.

A review by Jessica Belmont, Writer, Book Blogger & Chronic Pain Warrior: “This memoir drew me in and kept me interested all the way through. Alison Rand’s story is beautiful and definitely one I recommend reading.”

A review by Hazel Butterfield presenter from Get Booked- Women’s Radio Station: Books about getting to know who you are.

It’s about “making mistakes, self-discovery and finding meaning to life that relates to the self.”

The Dalton School, NYC, featured A Place Called Grace along with other authors affiliated with Dalton for the Dalton Author’s Night centennial birthday.

See all reader reviews on Amazon 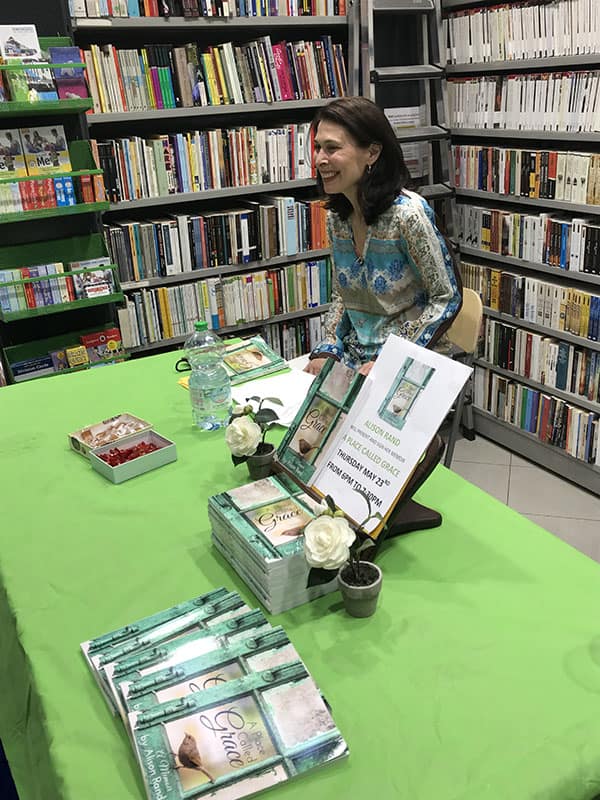 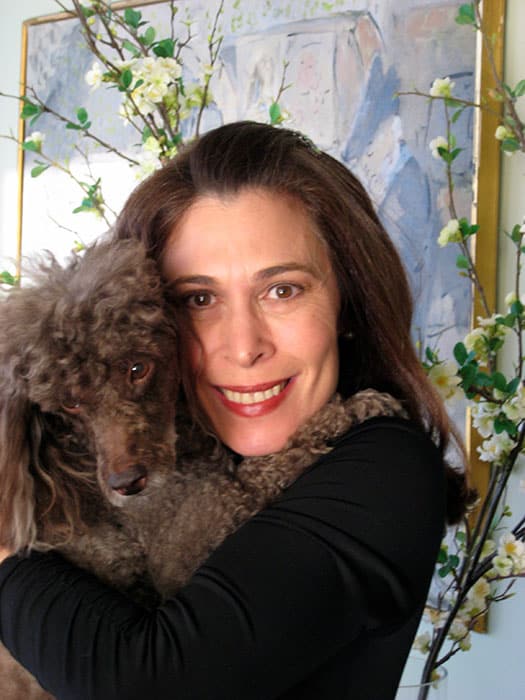